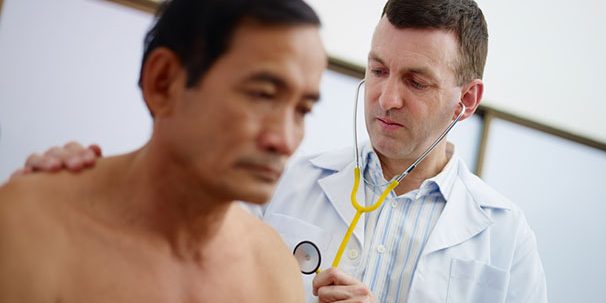 The adenoids are a small group of tissue that, with the tonsils, help keep you healthy by entrapping potentially harmful germs that pass through your nose and mouth. The adenoids also create antibodies to help the body fight off infections.

Even though the main purpose of the adenoids is to help filter and remove the germs from the body, occasionally they can get inundated by the bacteria, which causes an infection. Your adenoids may also become swollen and you will probably have a sore throat. This medical condition is known as adenoiditis. Which is most common in children, however, it can also affect adults.

The symptoms of adenoiditis may vary due to the type of bacteria that is causing the infection. General symptoms may include one or all of the following:

Before general surgery is considered Dr. Elijah Mobley treats adenoiditis with antibiotics. If the medication clears u the problem and it does not return immediately then the problem is solved.

However, that is not usually the case. Many children and adults who have adenoiditis may get a break from the condition for a few weeks or a few months, but rarely does it ever just resolve itself. If antibiotics do not work, or the infection continues to return then the general surgeon, Dr. Elijah Mobley may recommend general surgery.

It is a general surgery that is quick and easy. The general surgeon removes the adenoids and possibly the tonsils (if they are also infected or cause many problems.) The surgery is usually done in an outpatient surgical facility or as an outpatient procedure, where you have the surgery done in a hospital and go home a few hours later.

Adenoiditis can be painful and annoying, but it is generally not a serious condition. General surgeon Dr. Elijah Mobley can eliminate your pain with general surgery and have you living life to the fullest again within a few short week.