Too Much of a Good Thing: Understanding Hyperthyroidism 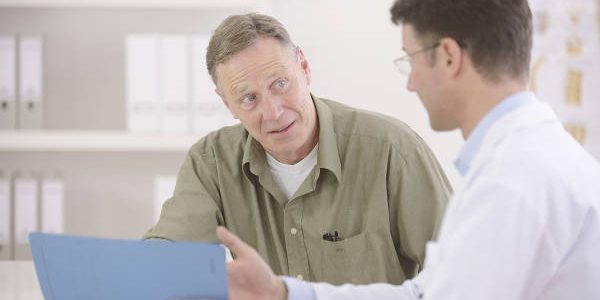 About 12% of the American population, some 20 million Americans, suffer from a disease that can go silent and undetected for years, according to the American Thyroid Association. Of these 20 million Americans, an estimated 60% of them will never even know they suffer from the condition known as hyperthyroidism. Understanding the underlying cause and effects behind hyperthyroidism will increase community awareness of the condition; ultimately, Dr. Elijah Mobley’s goal is to increase awareness, screening, and treatment of hyperthyroidism within the Victorville community.

The thyroid, sitting just below the Adam’s apples of the neck, is a gland that is part of the endocrine system. It releases chemical messengers called hormones throughout the body, enabling it to regulate essential functions such as growth and development, body temperature, and even your metabolism. The primary hormone released is called thyroxine. Thyroxine is a hormone that can increase your heart rate, regulate cardiac output (blood flow), and help your body to metabolize or “break down” carbs and proteins.

The hormone thyroxine is “good” for the body, in fact, it is essential; however, hyperthyroidism is a condition wherein too much thyroxine is released. Due to the flexibility of thyroid hormones within the body, when too much thyroxine is released it can lead to an array of unexpected, unrelated symptoms. Hyperthyroidism commonly causes abnormal weight loss, an irregular heartbeat, and sweaty palms. The imbalance of the hormones can also lead to other, more subtle disorders such as irritability, fatigue, or anxiety.

Hyperthyroidism can be caused by a number of factors, but the most common cause is a condition known as Graves’ disease. Graves’ disease is an autoimmune deficiency wherein the immune system, instead of attacking germs, will attack it’s own thyroid cells. The release of too much thyroxine is the effect of having the immune system attack the thyroid gland. Although there are no known causes of Graves’ disease, it is believed that individuals may be genetically predispositioned to acquire the disease.

Since there is little you can do to prevent hyperthyroidism, the best approach is to screen for the disease regularly. Consult a physician if any of the symptoms of hyperthyroidism persist, especially if you have a family history of thyroid problems. Detection and treatment are imperative because, if left untreated, hyperthyroidism can lead to serious conditions including osteoporosis, loss of vision, and even heart conditions.

Once diagnosed, treatment for hyperthyroidism is simple and typically involves a mere once-a-day pill. Although surgery is often considered a last resort for hyperthyroidism, in some cases surgery is the best option. Dr. Elijah Mobley, a general surgeon in Victorville, has years of experience treating conditions of the thyroid. His clinical expertise includes hyperthyroidism, hypothyroidism, and other conditions associated with the endocrine system. Schedule a consultation if you or anyone you know may be suffering from hyperthyroidism.
January 15, 2016
Tags: Dr. Elijah MobleyHormoneHyperthyroidismScreeningThyroid DisordersTreatmentVictorville
Share this post
Share on FacebookShare on Facebook TweetShare on Twitter Share on LinkedInShare on LinkedIn Share on WhatsAppShare on WhatsApp